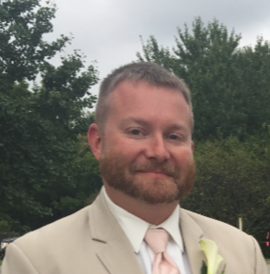 Lexington Catholic is excited to announce Chris Borntraeger as the new Head Baseball Coach. Chris, unanimously selected by the hiring committee, was chosen for commitment to developing a program built upon faith, family, academics, and athletics. He brings with him a detailed experience in the local baseball community as a Head Coach and assistant coach. Please help us welcome Chris Borntraeger.
Chris Borntraeger is a Lexington native who played high school baseball at Lafayette High School. While at Lafayette he was a 3-year varsity starter for Coach Chris Langston and earned First Team All-District Honors in his senior year. Upon graduating from Lafayette he chose to continue his education and baseball career at Carson Newman College in Jefferson City, Tennessee. Playing under one of the greatest catching coaches in the nation, Tom Griffin, Chris honed his skills at the position while helping the Eagles to a regular-season conference title in his freshman year.
After his playing days finished at Carson Newman, Chris returned to Lexington to begin his coaching career at his alma mater, Lafayette. Chris spent five years at Lafayette (2008-2012) where his duties were to oversee the junior varsity as well as assist with hitters and catchers for the varsity. After Lafayette, Chris had a short stint at Lexington Catholic (2013) and while there his coaching duties were the varsity first base coach as well as overseeing catchers and hitters. Upon leaving Lexington Catholic, Chris was named the lead assistant coach at Paul Laurence Dunbar (2014-2017). While at Dunbar he coached a variety of different areas including pitching, catching, outfield and overseeing the offense. In the fall of 2017, Chris was named the Head Coach at Western Hills High School in Frankfort, Kentucky. In two years at Western Hills, Chris and his staff helped guide the Wolverines to a 41st District Runner Up finish and an 11th Region Tournament berth.
Chris, his wife, Kate, and his stepdaughter, Kamryn, live in Lexington. Chris works at Jessie Clark Middle School in the SAFE room. He has worked within Fayette County Public Schools for over ten years. His father and aunt are both graduates of Lexington Catholic.
Print