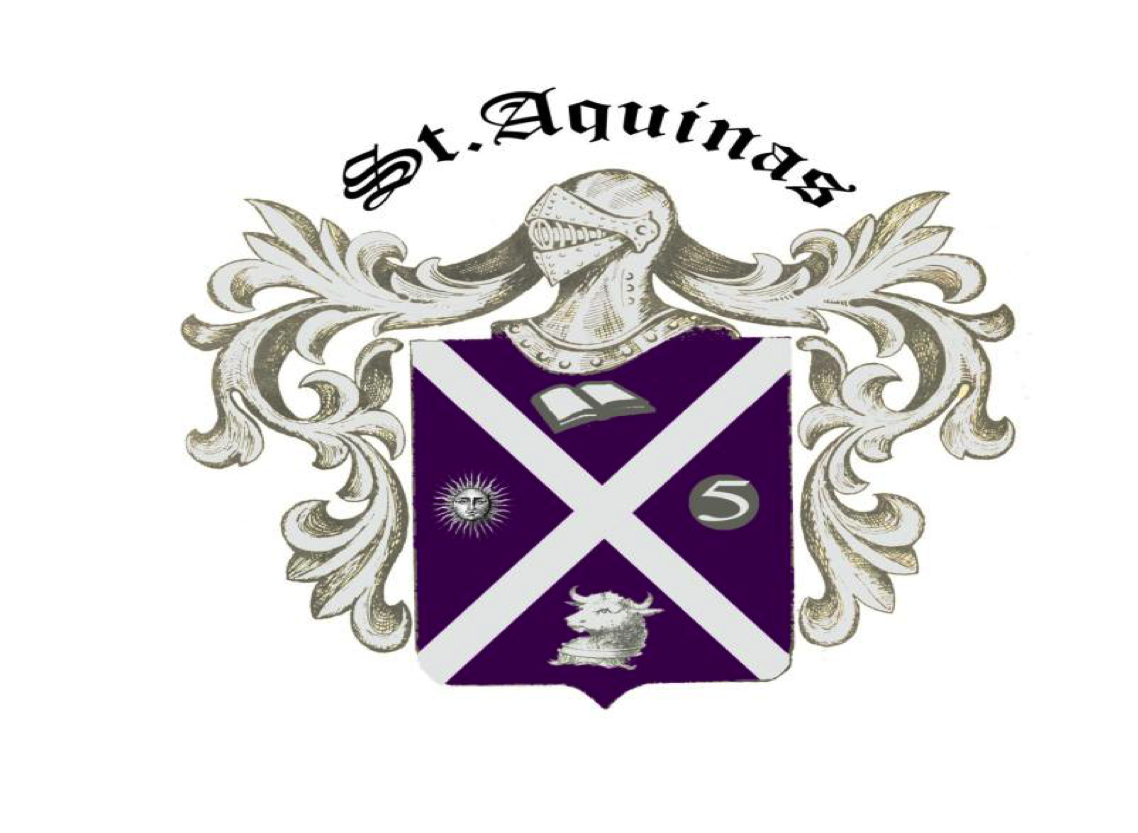 St. Thomas Aquinas (1225 - 1274)
The namesake of our House, Thomas Aquinas believed that all people were learners - that every human being has the capacity to understand the world through careful thought and prudent action.
The knowledge derived from worldly experience - from learning - can reflect the divinity of God that lives within each of us; thus, each individual can grow to be fully conscious of God's perfect love and divine wisdom.
Aquinas House Motto
"Love begins where knowledge ends."
Aquinas House Colors
Purple and silver
Aquinas House Crest
The Aquinas Crest contains symbols that reflect Aquinas's deep faith and quest for understanding. The shield, crossed by an X - a symbol of Christ - divides our crest into four quadrants, each with a specific artifact to represent Aquinas's saintly character.
Fixed in the top of the crest is an open book, symbolic of learning and knowledge. On the right, the number five (5) contained within a globe represents one of Aquinas's primary contributions to philosophy and theology: the five proofs of God's existence, found in his monumental work Summa Theologiae. At the bottom of the crest is a head of an ox. Aquinas, said to be slow to speak and long to think, was dubbed the "dumb ox" to some contemporaries, partly due to his large size. Finally, on the left side of the crest, a sun represents the warmth of a life lived in the pursuit of wisdom. Just as the sun is constant, so is wisdom.
Aquinas House Cup Championships
Aquinas House has won the annual House Cup four times: 2010, 2011, 2015 and 2016.
Aquinas House Faculty Members
Dean: Ron Kelly
Allison Pruitt
Ruth Boyd
Carrie Roberts
Daniel Bowling
Sarah List
Nicki Ryan
Travis Gabehart